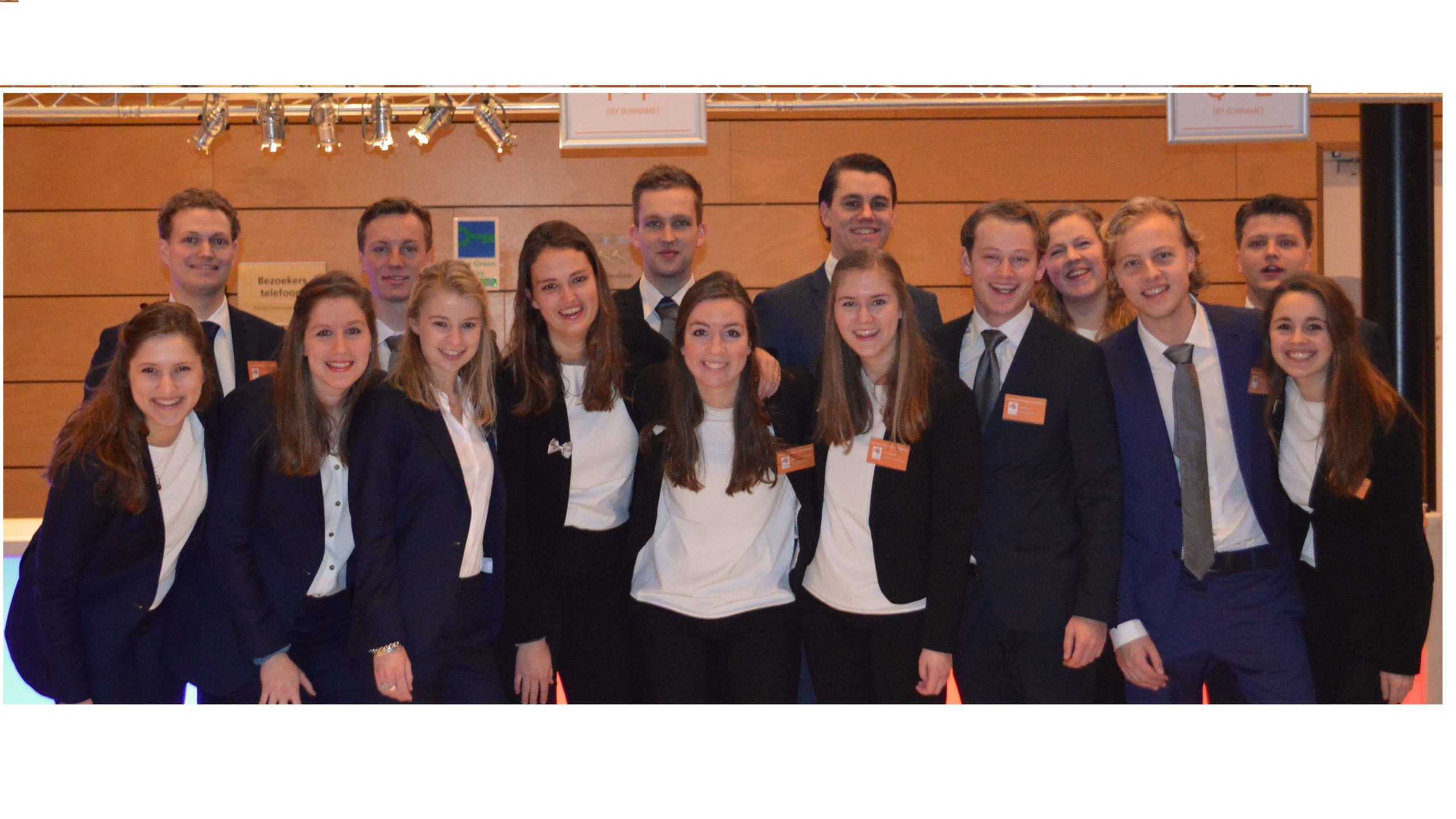 The 1st of March the annual Risk Conference took place, since May 2016 the committee has worked to make this day into a success. The theme; Innovation in the Financial World, was assessed from different perspectives by speakers from the financial world on the conference day.

After the introductions of Erik van Marle, the chairman of the Risk Conference 2017, and Eva Wiessing, the chairwoman of the day, the first speaker of the day was Manuel van Vlaanderen, operational risk manager at KNAB Bank. He spoke about his career at both Knab and the larger insurance company Aegon. Knab was a perfect match for the subtheme ‘new ways of banking’, they started service in 2012 as a new player in the financial market, in an attempt to disrupt the market. Manuel  van Vlaanderen took us through some innovations and trends that will change the way banks do their business and the opportunities and threats this brings to Knab Bank.

After a short break the CEO of KPMG Netherlands, Albert Röell, entered the stage. The theme he discussed was dynamic accounting. After drawing the attention of the crowd with a short creative introduction imitating the new US’ president, he switched focus to the possibilities of new technology for auditors and accountants.

The fourth in a morning full of interesting insights was Lex Hoogduin, former director of the central bank and currently (besides other functions) working for the University of Groningen. He introduced the use of digital currency to the audience with use of criteria that he thinks make or break a currency. To conclude he looked at the example Bitcoin introduced eight years ago as an independent currency. He concluded his speech by stating that when his insights are correct Bitcoin will not take over our Euro because of the named independency that makes it too vulnerable, but he doesn’t rule out the possibilities for the use of blockchain technology in the future.

After a morning full of listening the participants went on for a lunch. With a full stomach they split up into workshops and masterclasses. The masterclass started with Ron Berndsen who works at the Dutch Central Bank, he deepened the story started by mister Hoogduin by explaining how blockchain technology works in a mathematical sense. Although the theories contained really challenging material the audience was helped to understand it by the examples provided. After this technical story the masterclass continued with Annemieke Bos, investment specialist at Oneplanetcrowd. She gave the audience an insight in crowdfunding, a new way of attracting funds for companies besides the traditional bank loans. Due to her living examples from cases she had worked on with her platform, this lecture was good to listen to. It made very understandable what  motivations entrepreneurs can have to use crowdfunding as a source for funding.

While part of the attendants gained renewing insights in the masterclass other students worked on challenging cases when attending workshops hosted by our partners. There was a wide range of companies represented, from the mergers and acquisitions of Marktlink to the banking game of Solid, all attendants had to use their academic knowledge this afternoon.

After a break with some extra energy provided by Red Bull the day continued with a College Tour with Ralf Dekker, COO of Rabobank. In this setting the chairwoman of the day Eva Wiessing engaged the speaker in a conversation by asking question and respond to his answers. On the morning of our conference Rabobank had announced investing in a FinTech startup Peaks, coincidence or not this perfectly matched our theme and gave Ralf and Eva a lot to discuss.

After thanking Eva Wiessing for her guidance and questions in her role as chairwoman of the day and the closing remarks by Anna Dantuma the Chairwoman of Risk 2016-2017, the formal part of the day came to an end. After a social, part of the audience attended one of the dinners in Louis XV and continued the day with an afterparty at ‘t Vaatje.

We look back at this day as a great success and want to thank all involved speakers, companies and participants for their contribution to this day. We hope to see you next year.