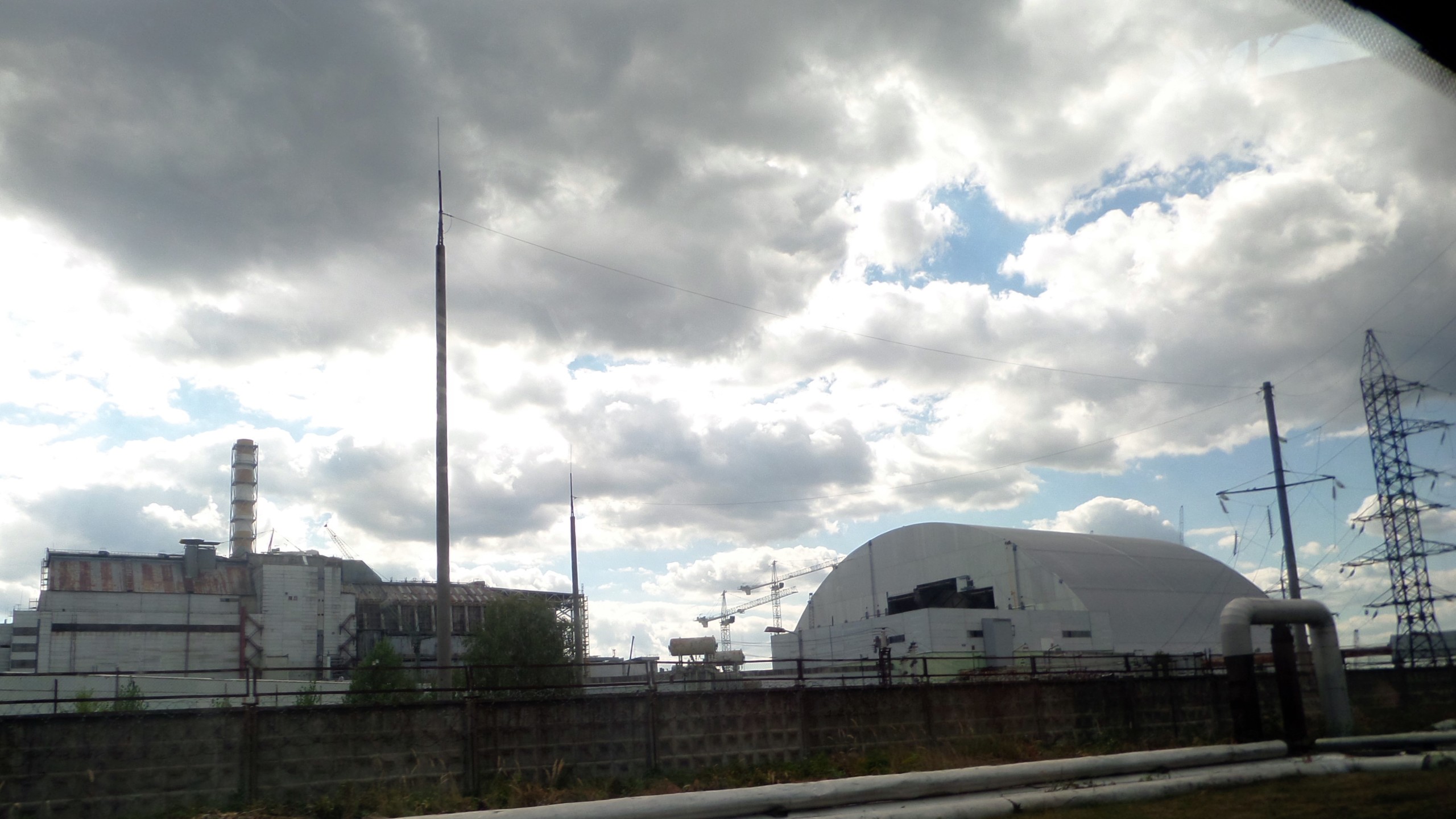 When you walk around the district of Chernobyl you go back in time, back to the 80’s. The whole area of Chernobyl is abandoned. The people who used to live here left in a hurry with the thought they would return. But they did not, in fact, the contaminated area is not inhabitable for the next 24.000 years.

30 years ago, on April 26th 1986, a disaster took place in Chernobyl, situated in the area of what is now known as Ukraine. Nuclear Power Plant number 4 explodes and an enormous amount of radiation was released into the atmosphere.  Under extreme conditions a Sarcophagus was built in only eight months. Unfortunately this construction cannot serve as a permanent solution, it was only built to stop the radioactive contamination in the area for a short period of time. After 30 years the Sarcophagus shows cracks and nearly collapsed a few years ago.

Shelter Implementation Plan
Experts from the US, the EU and Japan designed a step-by-step strategy to help develop a program to make the site of the accident in Chernobyl safe, also known as the ‘Shelter Implementation Plan’ (SIP). The main objective is to guarantee the environmental security and eliminate the potential risk of collapsing. A New Safe Confinement is the most visible and prominent element of the SIP. With a weight of more than 30,000 tons, a height of 110 metres, a length of 165 metres and a span of 260 metres, a steel structure is built to slide over reactor number 4. It is designed to resist the extreme winters of Ukraine, the heat of a fire, an earthquake and even a tornado.

The total cost for this project were originally estimated at 600 million EUR and was supposed to be finished in seven years (1998-2005). Unfortunately they experienced a lot of unforeseen problems and are still not finished. The main problems were related to financing the project and a price that keeps rising. Many countries throughout the world donate money for this project, in fact, the European Union is the main donor for this project.

At first you might think this is strange, why would we pay taxes for something that happened in Ukraine. But finishing this NSC is in the interest of all of us. During the first disaster only 5% of the radiation was released, this means that inside the Sarcophagus still tens of thousands of tons of irradiated concrete and steel is sealed. If the Sarcophagus does collapse, the radioactive dust will contaminate a bigger area and Europe might be wiped away.

Although a lot of the money that was raised during the international donors conferences in 1997 and 2000 (320 million EUR and 320 million EUR) was added to the contributions of the European Bank for Reconstruction and Development (EBRD) (180 million EUR), it was not enough…

A Revised Schedule
The Project Management Unit (PMU) showed a revised schedule of the SIP in 2003. They expected the construction to take another five years and that the total cost would rise to 1.009 million EUR. This is lot more than the first indication of 600 million EUR. They used a more recent currency rate for this and also added an extra budget for contingency costs of almost 190 million EUR.

But what did Ukraine itself invest in this project? According to a ‘relatively reliable research’ by Belarus, Ukraine already paid 120 billion EUR on damage reduction. As a result of the disaster in Chernobyl many people lost their home and their possessions. As a compensation they receive a Chernobyl-pension. In Ukraine more than 800.000 people receive such a pension. This results in an enormous expense that they could not have anticipated on. They also pay 46 million EUR in the form of supplying labour and they donated an amount of 64.1 million EUR.

How much more are we willing to pay for our safety? This is a tough question when it comes to such a wide scale situation. The expected total cost of the SIP is currently 2.1 billion EUR and the NSC alone will come close to 1.5 billion EUR. This is an enormous amount of money despite almost 2 billion EUR is already paid, but we have no other option. Because if we do not pay, and the Sarcophagus does collapse, the resulting price might not only be large in monetary terms, but in fatalities as well.

The New Safe Confinement has to be finished in 2017 and if everything goes as planned, we will be safe for the next 100 years.