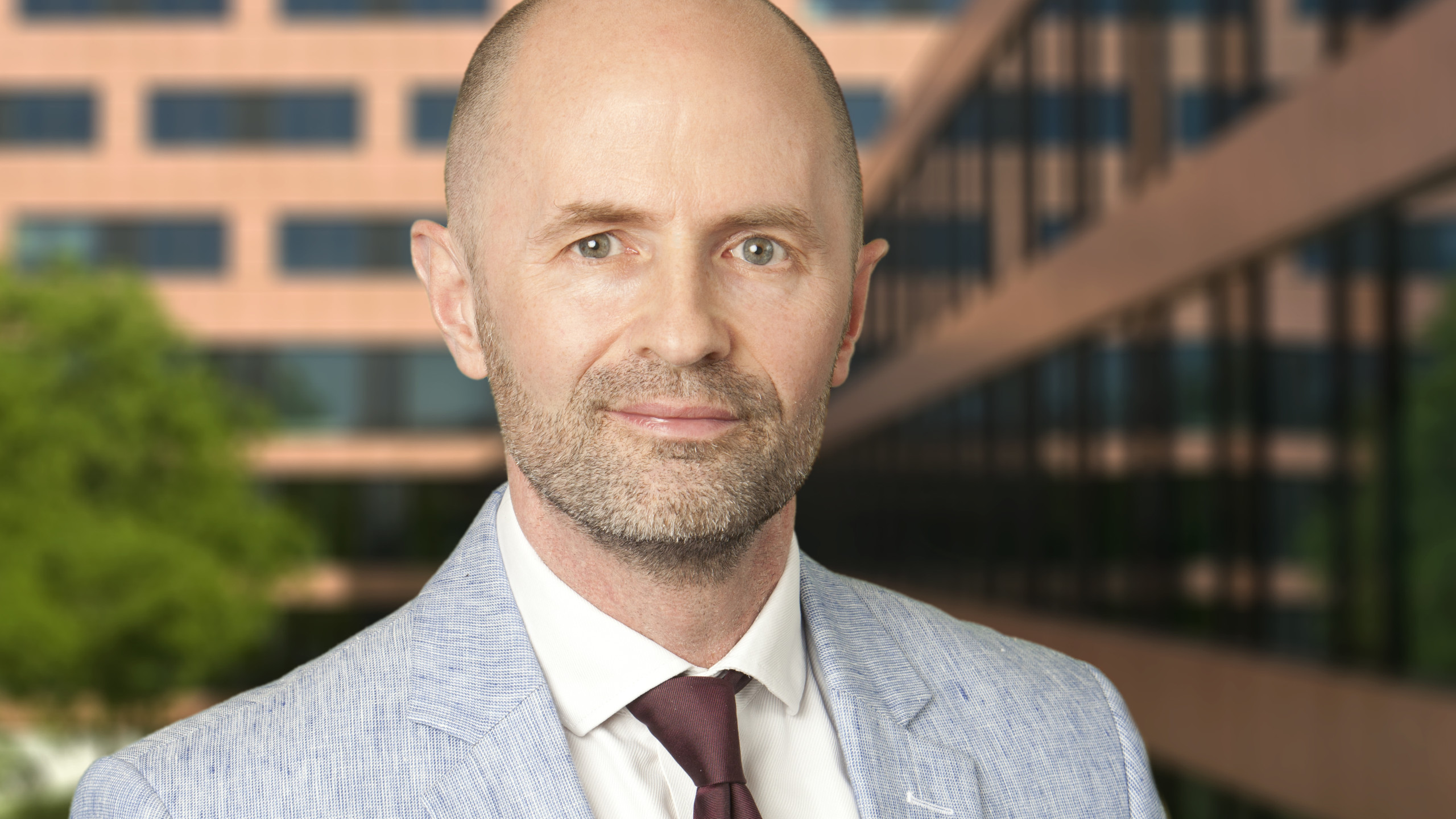 Could you please briefly introduce yourself to our readers?
My name is Raoul Leering and I am Head of International Research at ING Bank. Before starting at ING, I worked at the Ministry of Economic Affairs in The Hague for eight years and prior to that I was a journalist for the Financieele Dagblad.

What responsibilities are associated with your role as Head of International Research?
What we do is two-fold. First of all we do research on trade, whether it is multilateral or bilateral.We research trade developments, but also trade agreements. Secondly, we do quite a few country studies, which is normally in the light of trade missions. ING  participates in  around ten trade missions per year  the most recent ones being in China and Japan. For these occasions we write a country report  for all of the participants of the mission .

It seems that the high uncertainty in Asia has had an effect on the global economy. Has the recent pull-back in Asian markets had any effect on ING?
Of course there are  some consequences regarding our trade finance business. There is a slowdown in some Asian countries which has led to less trade finance business than we expected, especially in China . In that way, as a bank we have already felt the slowdown, but on the other hand the economic setback is no hard landing. China is still going pretty strong. Growth figures are no longer double figures, but it is still a 6 to 7% growth rate. This brings in more GDP than the double figure growth rate did a decade  ago given that their economy is now much larger. Therefore, the prospects for businesses, including ING’s, are still very favorable.

Some refer to the Asian Spillover as possibly causing a domino effect, meaning if China were to experience a recession, other countries may follow. Investors in the US have been leery of what is occurring in Asian markets, despite decent strengthening in the US economy. Could you provide us with some insights on why the rest of the world is so exposed to the recent developments in China?
Because of the high growth rates in China over the last three decades, it has become a major player. China has an open economy, with export as well as import ratios of about 25%. This is a lot higher than the export and import ratio of the United States. This  openess of the Chinese economy  makes up for the difference in GDP of the United States and China. That’s why China’s exports are larger than those of the US and its imports are nearly as large.  So the global economy relies significantly on the events in China. The spillover effects from China to the rest of the world have definitely increased, but the current situation in China could not by itself drag down the world economy. That would be highly exaggerated. There was a panic in the markets in August,  because the financial markets were pricing in  a hard landing of the Chinese economy. There is no doubt about the fact that there is a slowdown, but it is not a hard landing.

The spillover effects from China to the rest of the world have definitely increased, but the current situation in China could not by itself drag down the world economy.

Do you believe that there is still a chance of a hard landing?
It is still possible. That risk was already there before August and suddenly the market believed it was happening. Fortunately it seems to have been  just a soft patch. However, it is still a difficult balancing act for the Chinese authorities as they are trying to structurally reform and keep growth going at 7%. They are trying to move away from growth which was created by an industry led export strategy and head towards an economy that is more reliant on consumption and growth of the service sector. One cannot expect that such a transformation doesn’t affect economic growth.  The government could let it run its course, but they don’t want to risk having lower growth because that could lead to social unrest  But within this balancing act they still have some room for maneuver , since their interest rates, unlike the US and Eurozone, are not close to zero.

Recently a new Transpacific Partnership Deal has been made and this deal is now up for legislation. Do you see any positive effects branching outward from this deal?
The effects of this deal on GDP are  limited, but significant. The effects differ from country to country, but according to the Peterson institute in Washington the largest beneficiary from this deal will be Vietnam. The total effect on world trade will probably be around 3%. On average  participating countries will have an increase of 0.5% on GDP. These effects are permanent, but it would take quite some years to  rein in these effects.

At the moment we observe very low freight costs due to weak global trade growth and a lack of demand for commodities. Do you see a connection between current freight costs and the situation in China at the moment?
From 2012 onwards global trade has slowed down to around the level of global GDP growth, but at the same time a lot of new investments were made in ships. Therefore, the drop of the Baltic dry index is not only  linked this to events in China. There is a bigger picture here. We have increased suply and lower demand  which push down freight prices.

Is globalisation over?
Quite a few economists have put forward that we have entered a new era in which globalization is slowing down, or is even dead. They refer to the fact that World trade does not benefit any longer from the entrance of in the world of free trade of big countries like  China and  Russia. They also refer to developments like reshoring and 3D printing which could lead to less trade. At ING we are a bit more optimistic about global trade, because we believe that drivers like offshoring and economies that will open up their economy (more) will still be at play in the years to come, although at less spectacular rates than before the crisis. We believe that global trade will outpace global GDP again from 2016 onwards.

Quite a few economists have put forward that we have entered a new era in which globalization is slowing down, or is even dead.

For quite some time now, the United Kingdom and the United States have been holding off on raising their interest rates. Do you believe that the situation in China had a role in this decision?
Yes this is no secret. In her statement of last September the FED  clearly put forward that the uncertainty in the world economy at that  moment  pushed the decision to raise interest rates forward. Also the FED is  data- dependent. They have  brilliant economists, but they also have to wait and see what reality brings them. In August they observed the panic on the markets because of  the fear of a hard landing in China. Now they have seen the 3rd quarter figures of China. They  were quite a relief, also if you measure economic activity by alternative indicators than the official GDP- figures that many economists distrust, so China definitely plays a role, but we can also observe that the focus of the FED has recently shifted a back in the direction of domestic developments, especially focusing on the United States labor market.

The Finance Minister of China stated that the United States have to look at their global responsibility. On the basis of that responsibility they should conclude that raising interest rates right now would be unwise, because this would further hurt developing countries. Do you agree with this statement?
I believe they are already upon g this responsibility; otherwise they might have increased their rates already. They have to take into account what the repercussions of their actions will be, especially for the developing markets, but first of all  they also have to make sure the domestic situation does not get out of control. The current situation is quite unique. Interest rates are near zero, even though the economy of the United States is doing reasonably well. It  is impossible to maintain this in the long run , since it could create a huge bubble. Therefore tightening  monetary policy is inevitable. Limiting the consequences for monetary policy is  is all about avoiding surprises for the markets. Good communications are important.

Why do you believe we see so much volatility in the Asian markets and do you think this amount of volatility is unusual?
Volatility in the market was very high  in August, when investors believed we were at the beginning of a hard landing in China. This panic has cooled down since then, we are even moving quickly back in the direction of before the August situation and we have not seen a second wave of volatility. Domestic demand in China is doing quite well. Consumption figures are also better than expected. It remains to be seen whether the soft landing of China and other Asian markets will materialize and if another negative figure might suddenly lead to a second wave of volatility. In Europe things have been turning for the better over the last year and outside the Eurozone we have seen reasonable growth figures for a few years in a row now. It is logical that people are alert to changes in the market, because we are not in a stable position right now. However, volatility is inherent to financial markets.