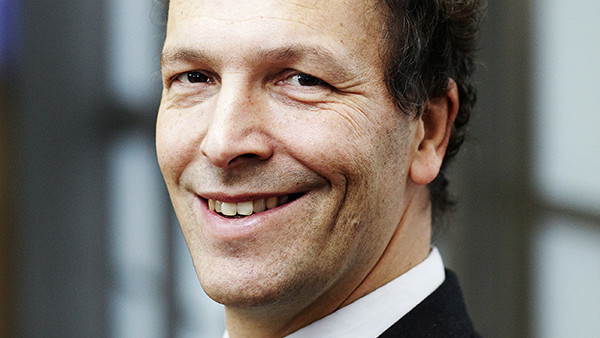 Welcome mr. Berk, could you please introduce yourself to our readers?
Jan Marc Berk is an experienced central bank official and academic. He is currently Director of Economic Policy & Research of De Nederlandsche Bank (DNB). In this capacity, he oversees the preparation of monetary and macro economic policies of DNB.  He is also full professor of Money & Banking at Groningen University and member of the Social-Economic Council (SER), the main economic advisory body of the Dutch government. His main research fields and publications in refereed journals relate to the areas of financial and monetary economics, financial institutions and financial markets. He holds degrees from Erasmus, Tilburg and Groningen universities.

What is, according to you, the essence and main function of Monetary policies?
To achieve and maintain price stability. Stable prices are a prerequisite for sustainable economic growth.

What are the current main challenges for Monetary Policy?
Many central banks operate in an environment of very low inflation. In the euro area this inflation rate is too low. By this I mean that current inflation violates the main goal of the ECB (an inflation rate of close to but below 2%). At the same time the “conventional tool” to achieve this main goal, the policy interest rate (for the informed reader: the MRO rate) is no longer available. This is because this interest rate is zero, and a large negative interest rate is not feasible. Such a negative rate would imply that people would have to pay their bank interest for the money in their bank account. Since there is a cheaper alternative available to them (holding cash), nobody will do this and everybody will empty their bank account and put their money in a mattress or safety deposit box). So the main challenge is to increase inflation using other, non conventional policy instruments. It is a fascinating period, during which we use our creativity to create new instruments that did not exist before.

What is the role of the DNB? Has it changed over the recent years?
In the area of monetary policy the role of DNB has been the same since the start of the EMU in 1999. That is, DNB is part of a family of central banks that jointly determine monetary policy for the euro area. However, DNB has also other responsibilities. An important one is that of supervising financial institutions such as banks. In the area of banking supervision much has changed since the end of 2014: DNB used to be solely responsible for the prudential supervision of all Dutch banks. However, in November 2014 the first part of the European Banking Union got underway. That meant that as of that date the supervision of all (large) European banks is a joint responsibility of all euro area countries. As with monetary policy, DNB now has less direct responsibility (it shares this with all other euro area countries). However, DNB now has responsibility for not only Dutch banks, but all (large) European banks.

How are the dynamics between different countries within Europe while establishing monetary policy?
Monetary policy in the euro area is determined by the Governing Council of the ECB. It consists of members of the Executive Board of the ECB (6) and the presidents of the central banks of the countries that have adopted the euro (currently 19; Klaas Knot is one of them). Decisions are based on the principle ”one person, one vote”. Every member of the Governing Council is obliged to formulate policy that is most fitting for the euro area (not his/her own country). Members only represent themselves, so they do not represent any country and are independent from politics. This means that the influence an individual member will be determined by the weight of his/her arguments.

Does the power of the ECB increase further over the upcoming years?
Predicting is difficult, especially predicting the future! However, in my personal view it is unlikely that the power of the ECB will increase further. This is because it already has lots of power, and this power has increased in recent years due to the start of the European Banking Union, as I already explained.

Finally, how realistic is Milton Friedman’s famous concept of Helicopter Money?
Milton Friedman’s thought experiment involves a central bank distributing money to the public by dropping it out of helicopters. Taken literally this is of course is not realistic. However, the reason he used this example was to illustrate how to increase the amount of liquidity available to the public without involving the financial or banking system. Conventional channels via which a central banks increase liquidity always involve the banking system: the central bank provides more liquidity to the banking system and the banks use this to provide liquidity to the public (by extending loans for example). However, this logic can break down when the banking system itself is not able or willing to channel the increased liquidity to the public. This situation can arise when the banking system itself is in financial problems. Then the banks most likely will use the central bank liquidity to solve their own financial problems. Some commentators suggest that this is what is currently going on in (some parts of) the euro area. The ECB has increased massive amounts of liquidity into the banking sysem but the growth of credit to consumers and producers remain very low.  The important thing to note is that helicopter money is not a free lunch: banknotes are a liability of the central bank (this is why the signature of Mario Draghi is on euro banknotes) and circulating more banknotes to the public via helicopters implies an increase in the liability item called “banknotes”on the balance sheet of the central bank. However, on the asset side of this balance sheet nothing has changed. As the total amount of assets always equals the total amount of liabilities, this implies that the amount of central bank capital will decrease. In most countries, the owner of the capital (the shareholder) is the government.Thus a decrease in capital implies a loss to the shareholder, that is a loss to the taxpayer. So in the end, the taxpayer will end up paying for the helicopter experiment.