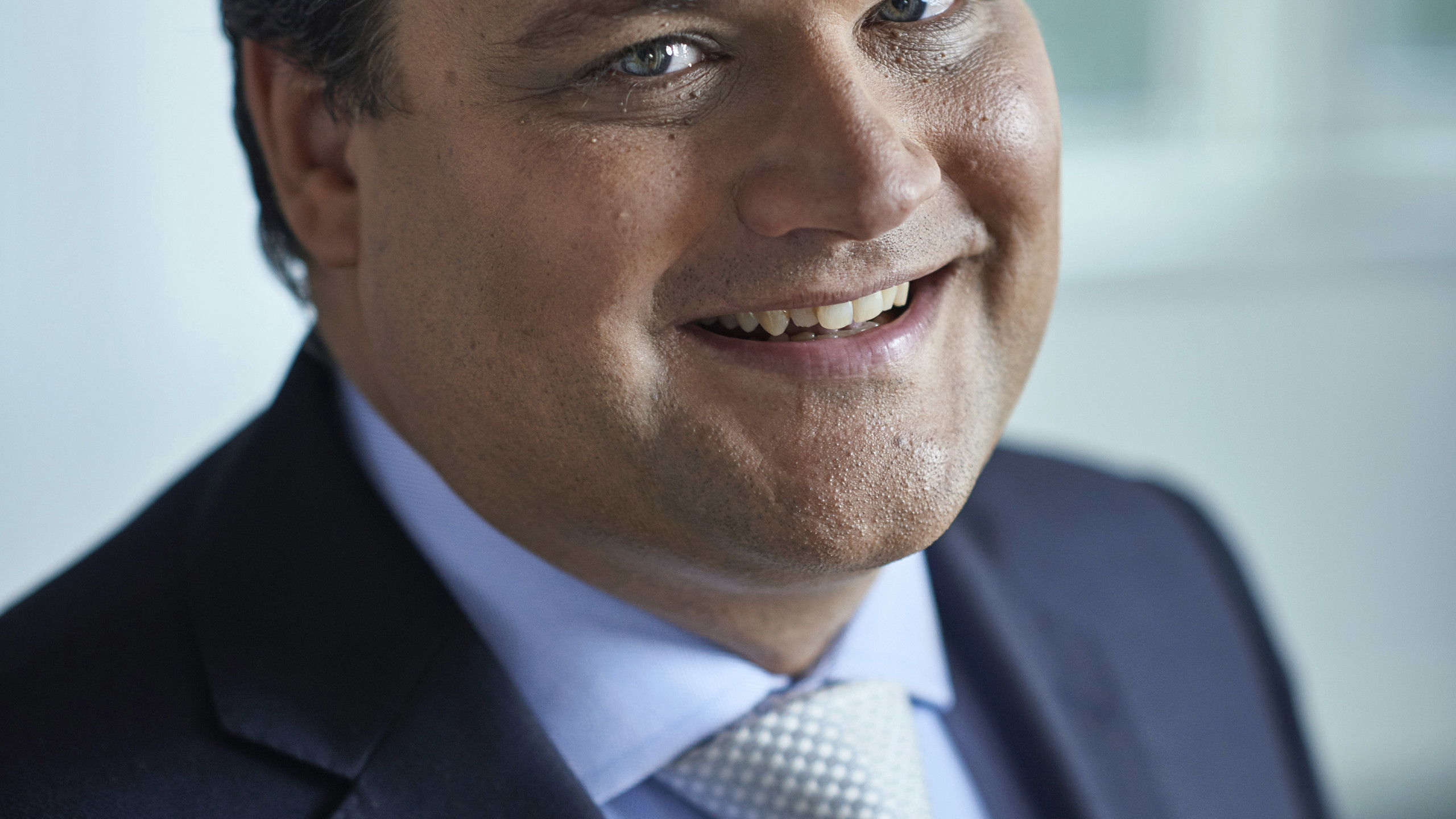 Welcome Jan Kees de Jager, can you briefly introduce yourself?
I am Jan Kees de Jager. I was born in Zeeland and attended both Nijenrode University and the Erasmus University. There I studied Economics, Business Economics and Law. During my studies I started ISM eCompany, an internet company specialised in E-commerce and E-learning.

In 2003, Jan Peter Balkenende, at that time prime minister of the Netherlands, asked me to become a member of the Dutch Innovation Platform, and join ministers, captains of industry and highly regarded academics in this forum. They approached me because the Council was looking for a young, innovative entrepreneur and I fit the profile.

After three years the prime minister called me again. This time he asked me to become State Secretary of Finance in the new Cabinet which he was in the process of forming. He said: “You are able to think out of the box and have a view on how the government could put in place better policies and do better towards business and people.”

I had to think about this because it meant a dramatic change from being an entrepreneur and having my own company – at the time the fastest growing technology company in the Netherlands. That said, it was also a tremendous opportunity. So I accepted the challenge and joined the Cabinet, first as State Secretary of Finance, in 2007, and later as Minister of Finance from 2010 to 2012. Politics is both interesting and challenging, and it was a great and enriching experience, but I knew from the start that I would return to business. And so I did, at the start of 2013.

In 2014, the CEO of Royal KPN, Eelco Blok, asked me if I would be interested in joining his executive team as CFO of KPN. I am a technology person by heart and a finance person in my head. The role was interesting to me because it combined technology with finance for a publicly-listed company in rapid transition. This created an opportunity in which my entrepreneurial spirit was also applicable. KPN is also at the heart of our society, providing essential communication services for different stakeholders from the police to public transportation companies, and communication in today’s society is becoming rapidly more and more important. Therefore this position ticked all of my boxes. The decision to accept the position of CFO was quickly made. I was appointed in September as member of the board and I started in the first of November in the role of CFO in KPN group.

How did you combine your companies and your entrepreneurship with politics and becoming a CFO?
Certainly the biggest change in my life was going from an entrepreneurial existence in the shadows, to being in the spotlight as a member of the Cabinet responsible for tax administration, an area which was heavily scrutinized by parliament at that time.

It was a significant change in my life. I like change and I manage because my approach to life is to be agile. If you are agile you can deal with any change in life.

You said that you wanted to be in politics, but not for long, so when did your interest in politics start?
When I was eighteen I became active in the youth organization of my party. A number of people from my party and generation who were politically active at that time made it into national politics – Mirjam Sterk, Joop Wijn – and they all thought I would be the last person to become active in national politics. I entered national politics by chance: I was asked to become a member the innovation council and liked it. That became apparent and the prime minister asked me to join his Cabinet.

During your time in politics, did it complement your IT and entrepreneurial skills to become a qualified CFO?
The total package and the resulting background is interesting. You don’t see that often – especially in the Netherlands – an entrepreneur with experience in building up his own companies and who also has experience as a minister in the government. For KPN, the fact that I had been involved in agile internet developments and ICT was more important than the fact that I had been minister or state secretary. That was of course a plus, because they saw the way I communicated while in government and communication is becoming more and more important for the CFO function. As a CFO you have to communicate with the markets, suppliers and other stakeholders.

The combination of KPN being a technology company that also has to deal with large organisations and communicate to the outside world – the experience is all there, and I just have to combine it in my function.

KPN is a huge Dutch listed company and you are the Chief Financial Officer. I can imagine that it is a very challenging and busy position. What are the main challenges?
CFO’s have a lot of challenges, but for KPN in particular challenges arise from the fact that the company is in the midst of a constantly transitioning environment. Innovation is happening very rapidly and technology is changing. The mobile market, for example, is transitioning from a pay-per-minute model charging for use, to a data model. Telecom networks currently have a very physical network, but the expectation is that in the near future telecommunications will move more towards software-defined networks which are much more like IT, IP protocol networks.

Capital is also an important agenda item, because the changes require a lot of investments to stay on top of the market.  KPN likes to be a frontrunner, and that makes KPN incur costs that competitors may not have when implementing innovations in a later point in time. The 4G network is in that respect a great example: KPN was the first to build its 4G network and achieve nationwide coverage in the Netherlands.

You also have more generic CFO challenges, such as the organizational steering model and how quickly you are able to gather performance and other data for your organization. This helps determine how agile you are, because you want to see not how you did last month, but how you performed yesterday, and you don’t want that data at the end of the day, but at the start of the day.

KPN likes to be a frontrunner, and that makes KPN incur costs that competitors will not have when implementing innovations in a later point in time. The 4G network is maybe the best example, but how does KPN stay a frontrunner?
Innovation comes at a cost, absolutely. Another example of KPN being a frontrunner is the fiber network that KPN offers. 30% of the homes connected to KPN have a fiber connection. There is no incumbent in Europe that I know of that comes even close to that. The way to stay on top is to be the most innovative in the field, and to reduce costs. We like to offer our customers the best in the market, at competitive prices.

Better and faster communication is more important than ever. Imagine leaving your smartphone at home for a day. Ten years ago that was quite normal; nowadays it is unthinkable. At the same time there is more and more demand for faster internet connection, such as the 4G network which has lower latencies. Even though this is becoming more important to customers, they seem unwilling to pay more for a better provider. This shift demands that KPN be competitive in its pricing.

It might have to do with the lag involved in technology, the first firm to make the investment has the highest costs, and as soon as the bugs are removed it can be implemented by others cheaper, and innovation is happening at a faster rate than ever, so might it be possible that the period that a customer has to wait for the competitors to do it cheaper becomes shorter, and that a shorter waiting period makes people reluctant to pay a higher price?
What you describe is certainly true, but as a consequence of being the first in rolling out a nationwide 4G network, we have a mobile market share of 43%, and without a doubt we have the best network, which makes us the market leader. So earning back the initial investment goes a lot faster than it would go for any other firm.

What will the future policy and vision of KPN be?
We will continue to steer towards a converged world, where mobile and fixed networks integrate. Ten year ago the main idea was that “fixed” was dead and that everything should be mobile. Now there definitely is a renewed interest in fixed networks. You see this all over Europe. Data consumption is expanding very rapidly. Even for a mobile network, you need a fixed network of broadband and fiber to transport data to those mobile stations. For us this is a lot easier than for our competitors, because we have a nationwide fixed network coverage.

You are a CFO, probably the most interesting position for all financial students. What advise can you give them?
Develop skills besides your study. Good grades become ever more important, as there is more competition amongst students, but I can strongly recommend everyone to develop themselves alongside their studies. You can do this by organizing a conference, or doing interviews, or becoming a member of a fraternity. Search for new visions, start up a firm, even if you do not want to be an entrepreneur your whole life, because it is a wonderful experience.