Every year, a group of highly motivated students goes to multiple banking firms in the Randstad during the Dutch Banking Tour. The group consisted of bachelor and master students. in this article the Risk Dutch Banking Tour 2017 is being reviewed.

Monday
The long train ride was easily conquered, due to the enthusiasm for what was awaiting us. First, we made way to the Zuidas of Amsterdam for the first company to visit, ABN AMRO. The day mainly revolved around the Corporate Banking division of the bank, with Corporate Finance & Capital Markets and Debt Solutions being the main subdivisions. After the head of Debt Solutions gave an inspiring speech, we worked on a unique Leveraged Finance case. The teams represented Private Equity firms and had to present their financing needs in an acquisition of an online retailer to the ABN AMRO Leveraged Finance bankers. The case was followed by a walking dinner at an Italian restaurant across the ABN building. Close to 22.00, the group went home after a satisfying first day, with the alarm clocks set at 06:15 for the following morning. 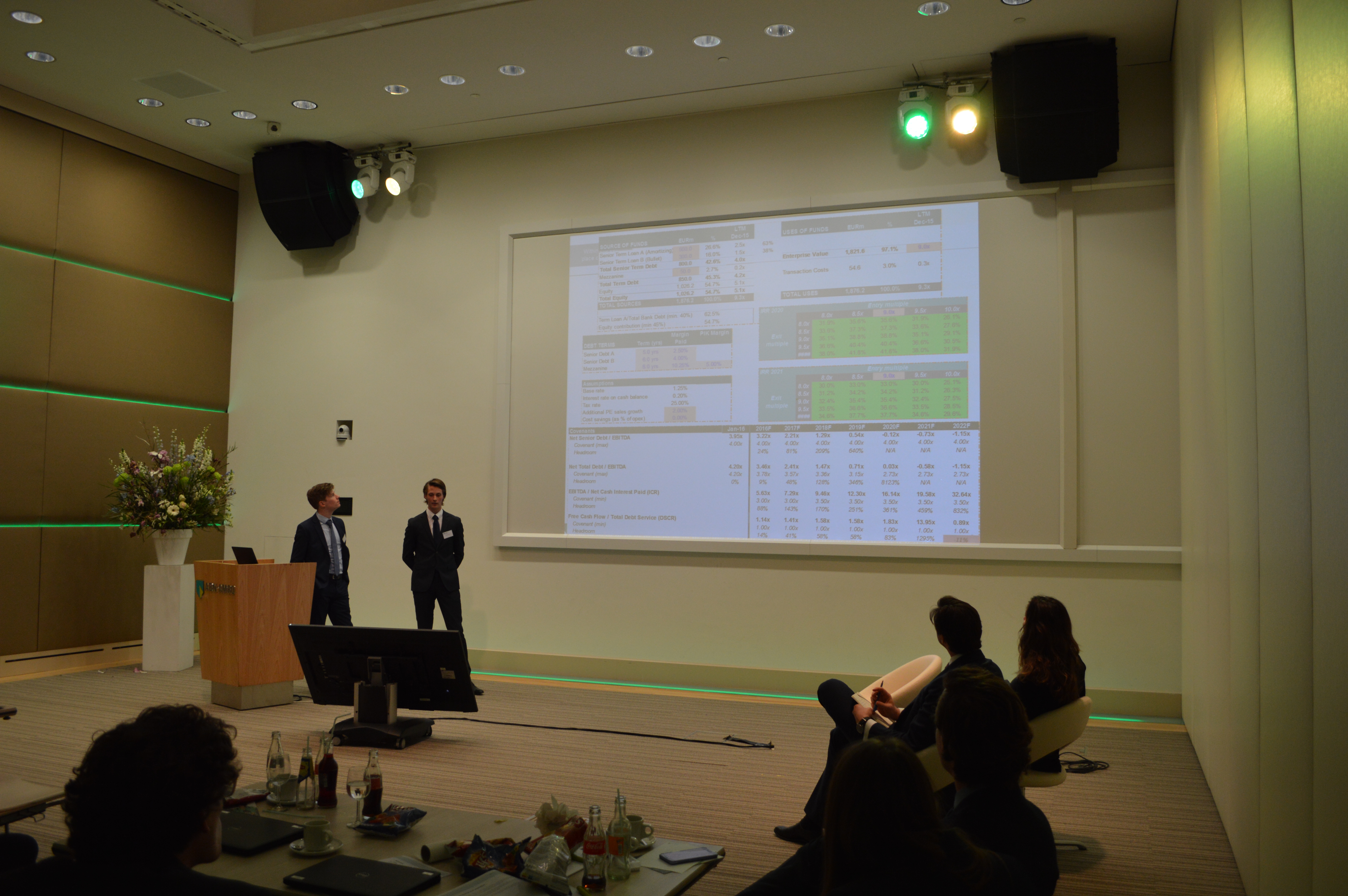 Tuesday
The group had to rise early to begin the day at 8:00am at consultancy firm Duff & Phelps, located at Amsterdam Amstel. This company is well known for doing complicated valuations and is regarded as one of the best firms in this field.  After a brief introduction to the originally American firm, the group was given a taste of the complicated valuations that Duff & Phelps deal with on a daily basis. After a two hour case the students had to present their findings to an imaginary board of senior employees of Duff & Phelps. The overall critics were positive and students got to know some new insights in the complex world of valuations. After a well-organized and delicious walking-lunch the students went on to the next step in this exhausting though exiting and interesting day. Off we went to The Hague.

When the group arrived at NIBC in The Hague, most students didn’t have that much insight into the work that NIBC as a bank does. After a great interactive introduction game by using smartphones the students got an interesting presentation of one of the senior members of NIBC. The head of M&A took some time to educate the students on the different subjects the M&A department of NIBC works on, introducing the structure and company ethics as well. After this interesting presentation the students went on to join forces in a competitive M&A case. In this case students needed to close a deal in which they beforehand valuated their own companies. Under assistance of several M&A experts the group battled to gain the perfect deal, in which sometimes blood pressure raised to all-time high levels. Afterwards, NIBC provided a perfectly organized walking-dinner and many employees joined to talk and tell about the company they love working for. After some well enjoyed beers at the NIBC bar the students went back to Amsterdam to get some good night’s sleep and prepare for the next interesting day. 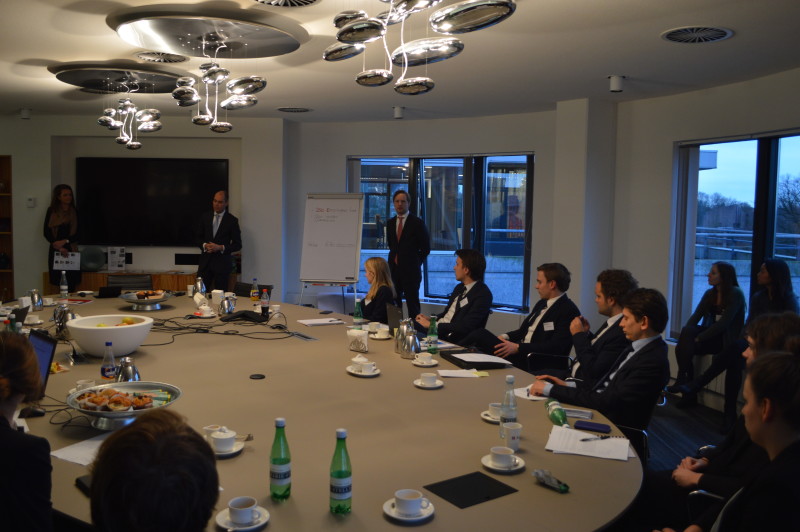 Wednesday
Wednesday, the group started the day with a visit at Van Lanschot, which is a private bank managing the wealth of private clients and institutions. Van Lanschot specifically targets clients from specific professions and positions itself as a specialized wealth manager. After the enthusiastic questions from the group, Van Lanschot had an interesting investment case in which investments had to be made according to several news headlines, which indicated which state of the economy key markets were in. The portfolio could consist of stocks, bonds, commodities and more. Evaluation was done in the risk-return spectrum, with high return and low risk being the optimal result.  This dynamic setting was exciting as many groups incurred some heavy losses in their portfolio.

After the lunch, where both Van Lanschot and Kempen & Co employees were present, we started with an introduction of the different possibilities at Kempen & Co. We were provided with interesting insides of employees of the Capital Management, Corporate Finance, and Trading departments. After an exciting visit to the dealing room of Kempen, we got the Wall Street spirit and were ready for the M&A case. The adrenaline was flowing everywhere as we enjoyed ourselves during this case in which we represented several bicycle companies trying to make a deal. The teams could call each other and visit each other’s office, creating a really interesting dynamic. The resulting deals had to be presented to the supervisory board of our companies. We ended the day with some hard-earned drinks at the Kempen bar, Café de Zon, as well as some great food. 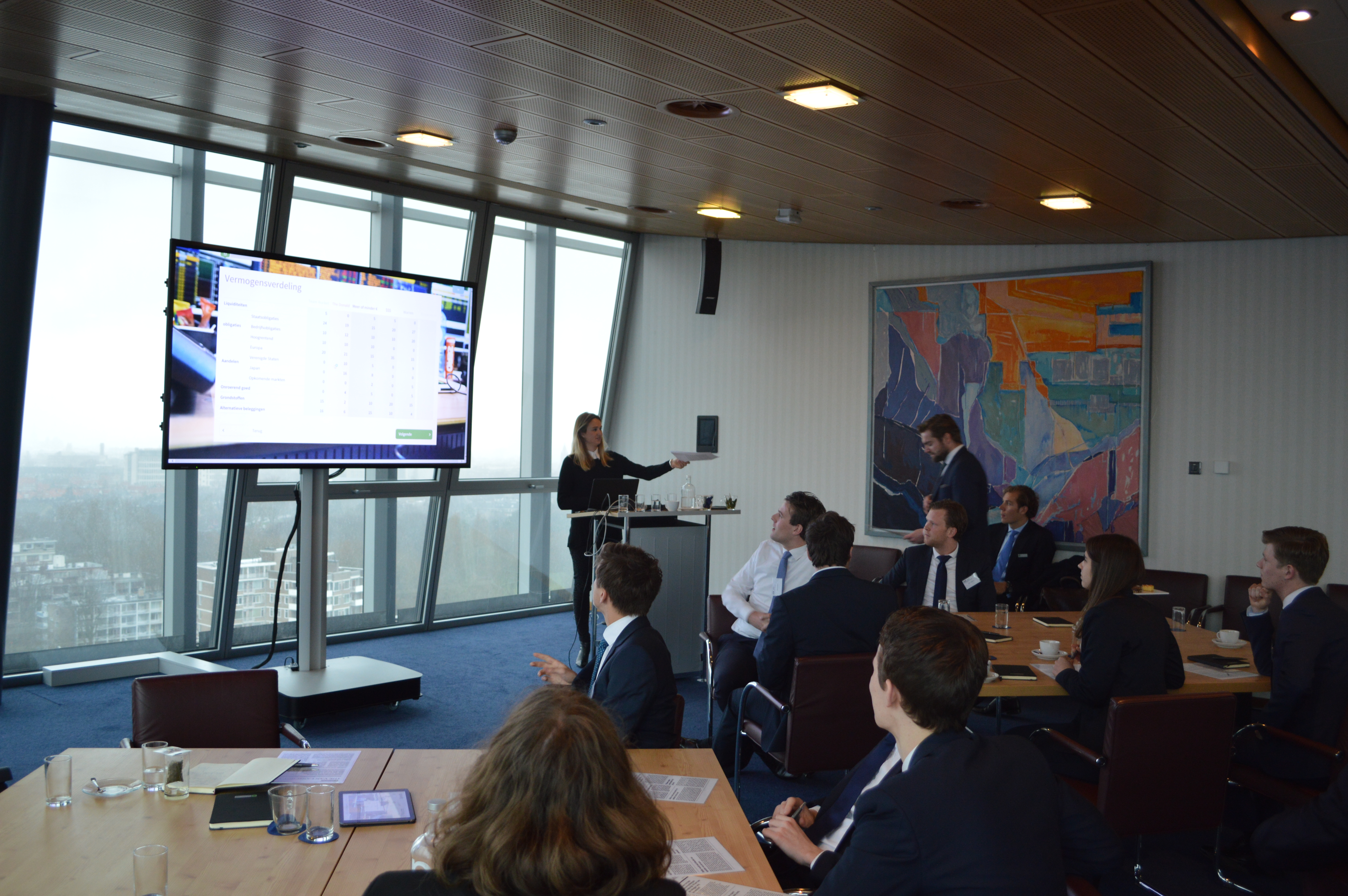 Thursday
Today is already the final day of the DBT. We start at De Nederlandsche Bank, which is the Dutch Central Bank. Their main activities are supervising financial institutions such as banks and maintaining policies set by national and European regulators. Thus, the banks we visited during the weeks have to justify themselves to the DNB. The DNB was represented by some former Risk and Groningen students. They showed working at a central bank is not as dusty as some might expect. During the case we saw the dynamics between a supervisory organ of the DNB, a European supervisor and a bank regarding the capital requirements set each year. We ended with a lunch with more DNB employees, who were eager to discuss their role in the DNB.

The last firm of this tour was the Rabobank. We first travelled from Amsterdam to the Rabobank headquarters in Utrecht. Upon arrival we were welcomed in their new office that opened in 2011. The main focus of the program was M&A. The Food & Agri specialization of the bank gave an interesting twist to the case. Rabobank is one is the leading players in food and agriculture in the world, proven by an acquisition of €500 million in Hong Kong. The case was based on a deal that someone of the team actually performed. We considered both the buy- and sell-side of a carve-out of a large liquor producer and seller. During the dinner in Rabobank’s very own Italian restaurant we had the opportunity to get to know employees of the M&A and ECM teams, as well as other departments.

everyone was pretty much broken from the extensive but fantastic tour

After Rabobank it was time to head back to Groningen. During this train ride you could see everyone was pretty much broken from the extensive but fantastic tour. Hopefully, the choice of which banking firm to choose is now a bit easier for the participants.