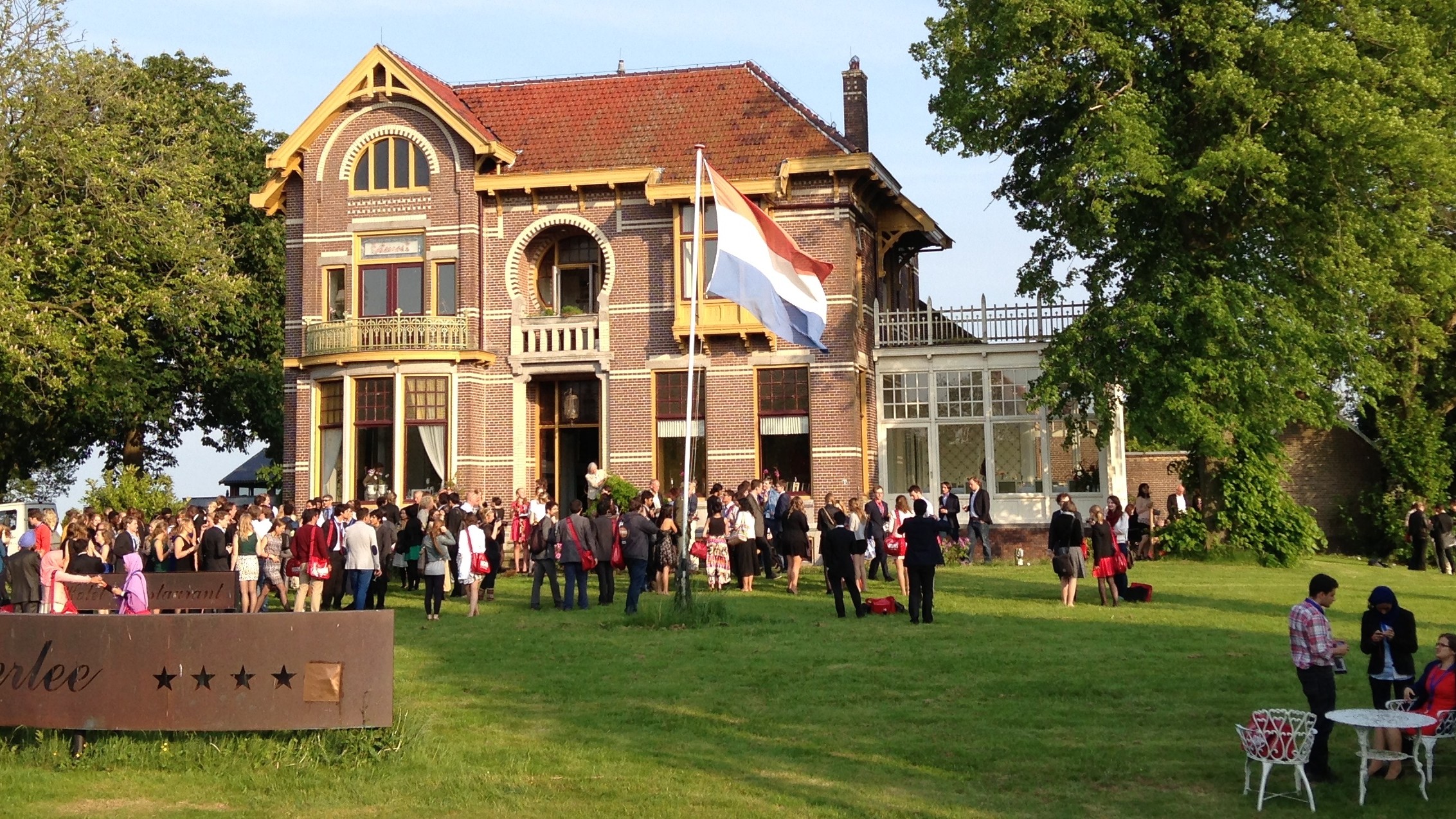 On the 11th of May, 25 enthusiastic students had the opportunity to meet the Big Five at a special location, a lordship located in Westerlee. Early in the morning, the bus from Groningen left to Westerlee for a one-day business case in cooperation with the Big Five.

We started our day with a cup of coffee and some sweets, to make the early start of the event somewhat more bearable. Additionally, the weather forecast for the day couldn’t be any better; a sunny afternoon with a pleasant temperature. While the students had time to refill their energy with some coffee, the Big Five were preparing themselves for the business case. Every accountancy firm got themselves a special room in the Lordship of Westerlee. After setting up the rooms, the event was ready to get started.

Our chairman Floris van Halm gave a speech to open the day. BDO, Deloitte, and EY were the first to introduce themselves to the students. They presented what their company stands for and what opportunities they offer for the students when working for one of the Big Five. After the first presentations it was time to really get started on the business case.

They presented what their company stands for and what opportunities they offer for the students when working for one of the Big Five.

After the introduction it was time to start the business case called ‘Hesseling Houthandel’. In this round, students were asked to write a ‘control plan’ for the firm of Hesseling Houthandel. All groups had the opportunity to closely work together and discuss the case with one of the Big Five firms. After the first hour of the business case it was already time to start with the second round named ‘Preparing for the audit’. In the second round. students were given the possibility to discuss the case with one of the other Big Five firms In this way, students could work with another firm every round, so they could meet all the firms.

Meanwhile, a lunch had been prepared by the staff of Westerlee. The tables had been set for a delightful lunch. The smell of soup already came to meet the students and we all together had an extensive and very luxury lunch buffet. After the lunch we came together in the garden house to listen to the presentations of KPMG and PwC. After the presentation the students were of course eager to start with the third round, named ‘interim control’. The fourth round started directly after the third round, int his round students were asked to prepare an end of the year control overview.

The weather was even so good that we had our coffee break before the last round outside at one of the terraces of the Lordship of Westerlee. After a nice refreshing smoothie, the last round was able to begin, named the ‘Auditors Report’. Notably was that the last round were actually moved outside, so we were able to enjoy the nice weather. After doing some thank you words, there was a barbeque and some cold beers waiting for us in the garden house. Students were able to enjoy a really nice dinner and got the possibility to get into contact and ask further questions to the Big Five.

After all, we are really thankful to the participating accountancy firms, who have given us the opportunity to organize the Risk Accountancy Tour. We believe the day was a great success and we hope we can continue to work with the Big Five to present students a day as an accountant, with real life experiences and advice from the Big Five firms.