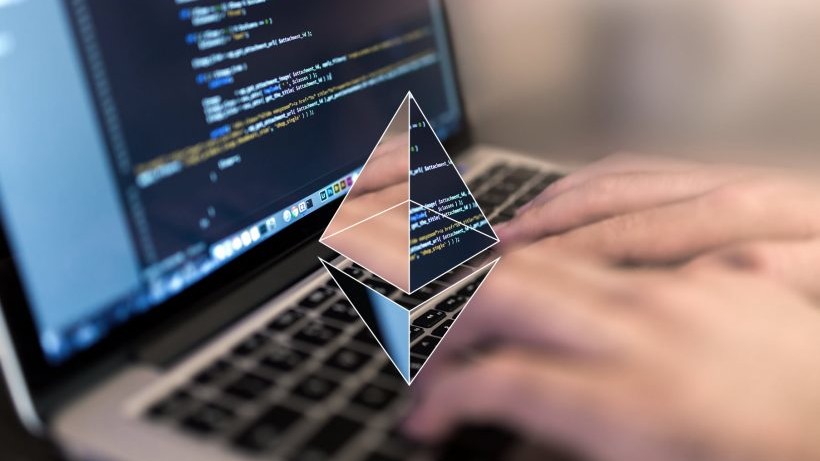 Ethereum is hot. A lot of investors are currently investing in this relatively new cryptocurrency and the price increased with 3,145 percent in half a year. The cryptocurrency sounds promising, but if even the shoeshine boy advises you to invest in a certain asset you might be in a financial bubble!

Therefore, organizations such as banks would no longer be required in money transactions.

Blockchain technology, however, is rather complicated and Ethereum makes it easier to develop applications to work with this technology. The applications in the Ethereum network are called dApps (decentralized Apps). These dApps make use of several computers which are connected to the Ethereum network, rather than one central database in conventional technologies. For instance, if you would send a message using Whatsapp the message would be send to the server of Whatsapp which will then send it to the designated receiver. In the dApps environment this message would pass through several computers which are all connected to the Ethereum network.

So this network only works if people are willing to make their computer available to work on this network. And this is where Ether comes in. Ether is a form of payment made by the clients of the platform (the developer of an application working on the Ethereum network) to the owner of the machines executing the requested transactions. So instances that want to operate on the Ethereum network need Ethers to be able to execute transactions and this is why Ethers are valuable.

The Sky Is The Limit?
There are a few fundamental explanations for the current price increases of Ethereum. First, the quantity and value of Ethereum is not regulated in any way and transcends national borders. Therefore, it is not affected by the economic policy of a specific country. The current Quantitative Easing of the ECB, for instance, increases the degree of distrust in conventional forms of money and as such the demand for alternative currencies increase. Furthermore, the correlation with other asset classes is low, such that it can also act as a portfolio diversifier. Second, there is a fixed supply of Ethereum. Third, there are already a few Exchange Traded Notes (which are quite similar to ETFs) on Bitcoins and another basket of several cryptocurrencies is due to be listed soon. The introduction of these exchange traded products increases the demand for Ethereum. Finally, there are a lot of companies which have expressed their interest for Ethereum. In February 30 companies (among which Microsoft, BP and JP Morgan) established the Ethereum Enterprise Alliance which will experiment with the usage of Ethereum. In May, another 86 companies joined the Alliance (among Toyota and Samsung).

However, despite these fundamental reasons, the current price increase might seem too large. At the beginning of the year Ethereum had a value of approximately 8 dollar. The value on Monday June 26 is 259 dollar. An astronomic increase. Therefore the Dutch Authority of Financial Markets (AFM) issued a warning for cryptocurrencies. According to the AFM investors are surprised by the enormous price increases and want to step in now, as they are afraid they might miss more of potential future price increases. According to the AFM, these developments are quite similar to the Internet bubble. Experts fear that the cryptocurrencies have reached their peak and that a crash is inevitable. Next to this, there are a lot of risks associated with the digital coin. First, there is no central regulator and coins are not guaranteed. This implies that if your account gets hacked, you lose all your money. Furthermore, the immaturity of the currency poses some major risks. First, the increase in demand and trading volume is challenging for the trading platforms. The daily traded volume increased 20 times since the beginning of the year without any fundamental changes in market structures. This leads some trading platforms, like Coinbase, to be inaccessible a few times.

Experts fear that the cryptocurrencies have reached their peak and that a crash is inevitable.

Also, the order book of the cryptocurrency exchanges is relatively small, which might lead to flash crashes. On Wednesday, June 21, a multi-million sell order was placed on one of the Ethereum exchanges, GDAX. Since the exchange did not have enough buy orders to accommodate this large sale, the price quickly dropped from 319 dollar to 224 dollar. This sudden drop triggered about 800 margin calls and stop-loss orders which resulted in a drop in the price to 0.10 dollar. This weekend, the exchange announced that customers which suffered from this crash will be compensated. Despite this, the flash crash shows the immaturity of the coin and its exchange and the risk that this entails.

The question remains which way it will go with cryptocurrencies and Ethereum. Many investors believe that the price can only increase. As Ethereum is more widely applicable and faster than Bitcoin and Bitcoin currently denotes 2,200 Euro, these believes might not be ungrounded. The current traded volumes, however, are extreme and begin to take speculative forms.