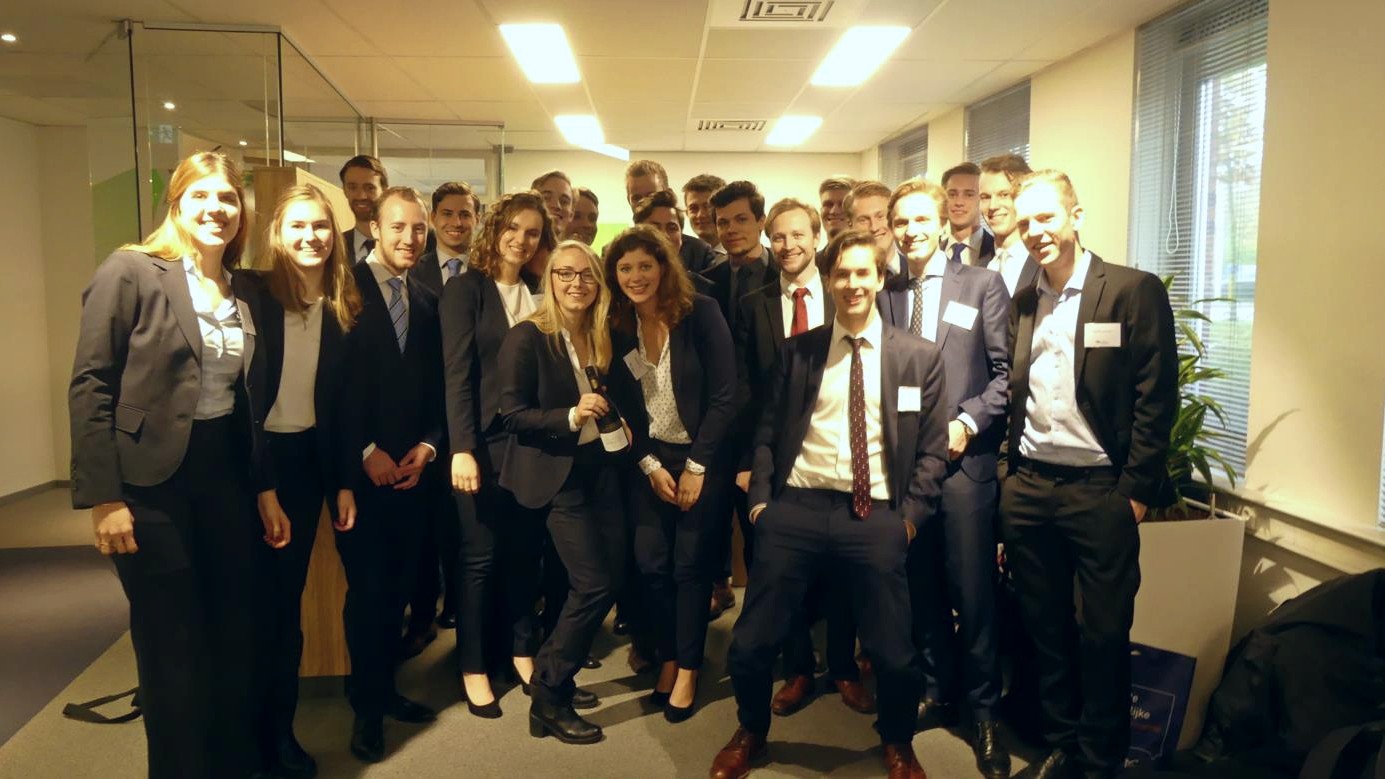 This year it was time for the third edition of the Finance & Controlling tour (previously known as the Multinational Cycle). On Monday the 13th of November, a group of 25 ambitious students travelled to the hotel in Utrecht to get a good night of sleep before the Finance & Controlling Tour started. The next morning, we were ready to visit the first company of the tour: PostNL. After a small introduction, a cup of coffee and some ‘pepernoten’ we started off with a quiz by PostNL. Just as in last year’s edition, the winner received the famous POSTI-ijzer. After the difficult questions from the quiz an old member of Risk entered the stage. Together with another trainee they introduced a challenging case. One of the groups managed to come up with a creative solution for a new delivery service of PostNL and won a nice cooking book, designed and written by PostNL.

After a morning of hard work it was time for a lunch. While enjoying the delicious sandwiches, we had the opportunity to talk to several employees of PostNL. After the lunch we went to our second company which was Marktlink. We had an interesting introduction by Tim van der Meer. Thereafter, some consultants explained us their main activities and what a typical working day looks like. Marktlink is mostly occupied with M&A’s (merger and acquisition) for small and medium sized companies. The company is growing really fast, and wishes to get many new finance consultants. After the presentation, the case was presented. Under the supervision of a consultant, all attendants had to use their financial knowledge to come up with a good valuation. The long day was closed off with a nice social at Marktlink office in Amsterdam.

We took the train back to Utrecht around 6, to make sure we were on time for the pizza’s waiting for us. After enjoying the dinner, some of us went to bed straight away whereas  others joined for some more drinks. Which brings us to Wednesday where we visited Main Mezzanine Capital Partners. Laurens Asselbergs, the corporate finance consultant, took us through the main characteristics of Mezzanine Financing. As most students were not familiar with this form of financing, it was very informative. We all gained much knowledge about the structure and which factors are considered to be important. The partner Lars van ‘t Hoenderdaal, also came by to welcome us. The case was perceived to be quite difficult, but educational by most students. During lunch the results were presented and discussed. Then it was time to go back to Groningen again.

We believe the Finance & Controlling tour was a great success and we want to thank the companies and participants for their contribution to this tour! Would you like to organize the tour next year? Contact the board or one of the current committee members to get some more information.