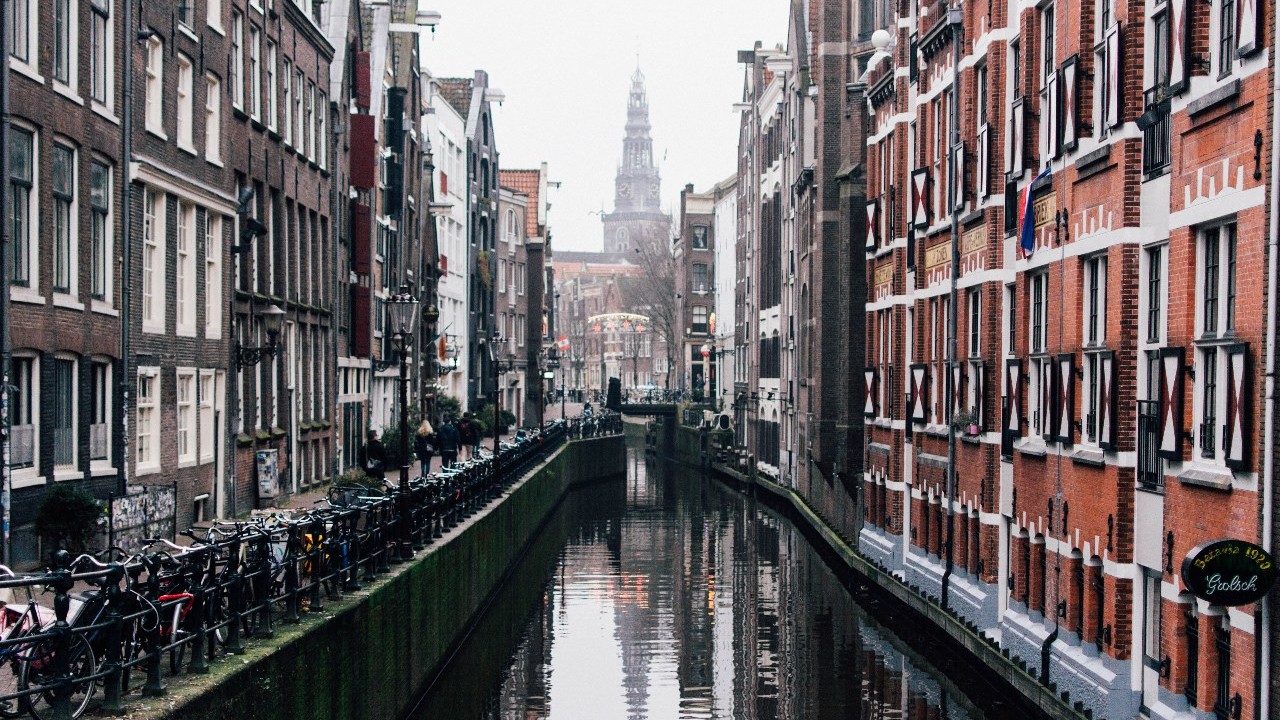 The current housing market in Amsterdam is overheated, prices are rising due to the lack of availability. On top of that, one out of eight buyers of houses in Amsterdam are not going to live in this house. The number of investors owning between two and 50 houses in the city has doubled in the past ten years. Twenty persons even own more than 100 houses, among whom is Prince Bernard Junior. He has been criticized for this but he appears not to be doing anything illegal. At this very moment, the combination of the savings rate being low and uncertainty in the stock market implies that people are looking for alternatives to invest their money. Since the amount of people looking for a house in Amsterdam is growing, buying a house seems like a certain investment. The practice of buying a house and renting it out instead of living in it is called buy-to-let and has gained popularity over the last couple of years. Who are the people that are willing to share rooms in a house or pay an exorbitant amount of rent monthly? For example groups of students and starters are willing to share a home or expats. Couples, starters that do not want to live together, and people that would like to move to or within Amsterdam are being excluded from the market.

Compared with other cities in the Netherlands, Amsterdam is by far the most expensive in terms of house prices. In the last quarter of 2017 the price per square meter in Amsterdam was €4,610, which is more than double the countrywide average, being €2,301 per square meter. On a quarterly basis, the total price in Amsterdam increased by 6.8% to €409,000 compared to 2.3% to €269,000 countrywide. In 2017 house prices in Amsterdam surged by 13.5% whereas in the Netherlands the prices rose 9.1%. The higher increase in Amsterdam is mainly attributable to the difference between supply and demand. People that would like to sell don’t have a problem finding a buyer, but finding a new home is problematic. This leads to the situation that people who want to move decide not to do so. As described above, the fact that investors see houses as investment opportunities leads to houses being bought at or above the listing price.

The price per square meter in Amsterdam was €4,610, which is more than double the countrywide average.

There are multiple reasons why houses in Amsterdam are so expensive. First of all, due to the financial crisis in 2008 there was a period that no new houses were built in and around Amsterdam. Secondly, Amsterdam holds relatively few buy houses, the majority of all houses are social rental houses. Compared to 60% in the rest of the Netherlands, only 31% in Amsterdam of houses are buy houses. In addition, Amsterdam is a very attractive city; jobs are close by, there is plenty of cultural activity, it has two universities, it is relatively green in comparison to other world cities and it is cycling oriented. Lastly, Amsterdam is internationally popular, not only a lot of tourists visit Amsterdam, but a lot of international companies are located in the capital city as well. The number of expats in Amsterdam is between 50,000 and 100,000, this is substantial keeping in mind the fact that Amsterdam houses approximately 850,000 inhabitants. This number is only increasing due to the Brexit and for example the decision of the European Medicines Agency (EMA) to locate in Amsterdam. The question is where the employees, and their families, are going to live. This will surely worsen the situation in and around the capital city even more.

The fear of a bubble on the housing market is growing. The expectation that prices will continue to rise for a long period implies a great risk according to the Rabobank last summer. As previously described, overbidding is rather normal these days. People use their own savings to pay more than the listed price. This is a clear sign of a bubble according to the Rabobank. The fact that buyers use their own money to pay extra on a house instead of loans is only marginally worse. Furthermore, the increased interest in the housing market by investors is a strong indication of the overheated market.

The expectation that prices will continue to rise for a long period implies a great risk.

The solution to the overheated house market in Amsterdam is not easy. However, it is rather straightforward. Building new houses on city ground and at the outskirts of the city is the way to deal with the problem. As one can imagine houses are not built within a week or month so the problem will not likely disappear soon. However, in the long run the increase in supply should normalize the prices. Institutional investors should be triggered to cooperate with the municipality to invest in constructing new houses. Municipalities should decide on locations where projects could be started and offer this ground for a reasonable price. This in order to keep the costs and eventually the sales or rental prices low. Small investors will most likely not be able to gather the large amount of money that is necessary to construct such houses so the responsibility should be taken by institutional investors. Another option would be to adopt legislation in order to prevent people that already have a large portfolio of houses from buying houses. Making sure that houses don’t fall in the hands of investors, but end up with people that are actually going to live in that house. To conclude, supply and demand should be aligned better in order to avert a bubble on the housing market.