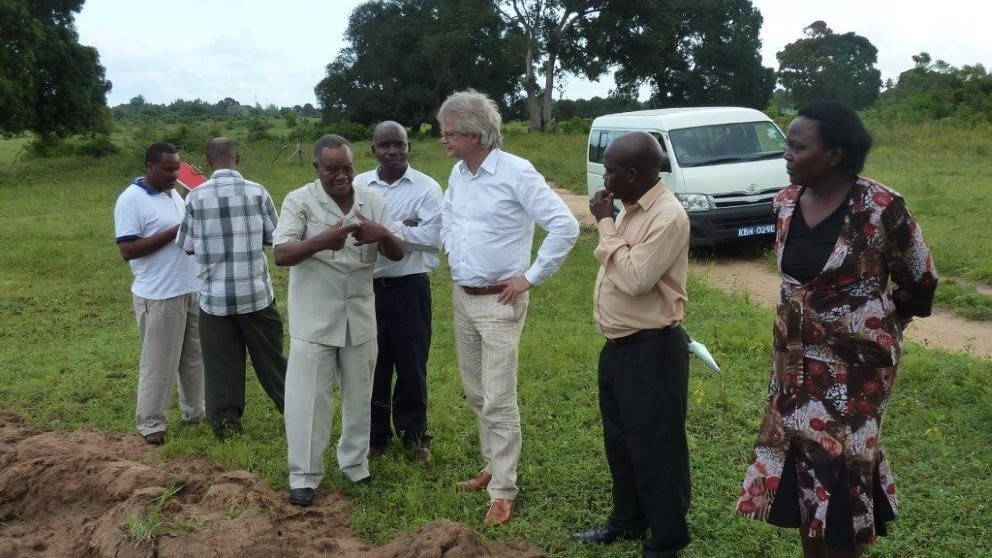 After a successful acquisition period, the IFP starts with the research phase. To be fully prepared, we had an interview with Carel Jaspers, who is an expert in doing business in Africa. His experience and qualities could be helpful for our research in Tanzania.

Before we start, could you briefly introduce yourself?

I surely could! My name is Carel Jaspers, I am 55 years old and live in Oosterbeek. I have been doing business in Africa since 2009, but we will get back to that later. My background lies in Wageningen, where I studied Plantbreeding and graduated in Business Administration. After graduation I started working at Flora-Holland, where I worked in logistics and market development. Hereafter I worked at DLV and as board member responsible for the quality and value chain department. In 2002, I started my own business, Q-Point. Although we mainly had Dutch clients back then, the plan was always to internationalize. First, we expanded to eastern Europe and later to Asia, East-Africa, Latin America and the Middle-East. Nowadays, Q-Point is active all around the globe, with 65% of its sales outside the Netherlands.

As you said, Q-Point is active all around the globe. Why do you think that East-Africa is the most interesting?

It is mostly about sentiment. My first encounter with Africa was in 1993, when I visited Kenya. I fell in love with the continent and its people. Ever since I wanted to do business in Africa. Business in Africa is much more reliant on flexibility and building a relationship. You have to connect to one another in a much more personal way. This way of doing business, connecting on a personal level, is very appealing to me.

If any, what are the downsides of doing business in Africa?

The primary concern will always be safety. Primarily, safety on the road. You might encounter animals on the road, unreliable taxi drivers or other risky traffic situations. But remember that safety in these kinds of situation can be bought by working with reliable travel agencies. Another downside is the sometimes hazardous political situations, such as when there are elections. It is then best to avoid large masses of people, so one does not end up in a demonstration. Events, such as the recent attack on the hotel in Nairobi, are somewhat threatening. However, you hardly notice any difference afterwards in terms of chaos or human behavior in general. It does not feel like it is more unsafe. The main take-away point is to be informed about local pressures and to engage with reliable agencies. If you do this, you have little to worry about your safety.

What are the main differences between doing business in the Netherlands and Africa?

The main difference lies in flexibility. In the Netherlands, if you have an appointment at 2 o’clock, you are expected to be there at 2 o’clock. People will get annoyed when you are not on time. However, in Africa time is more flexible. When there is a meeting at 8, you can expect to be the only one there at 8. Despite the time issues, a lot can be accomplished in the same period. You can use people to acquire more information. Because of their local network, they could introduce you to new parties you would not have met otherwise. Another difference is the type of relationship. In the Netherlands, a relationship between two parties is focused on business, ‘seal the deal’. In Africa, you spend the first ten minutes on talking about their family, a business relationship is much more personal. You should behave according to this, by focusing on maintaining and investing in the relationship.

Are these differences the reason why Dutch firms might be reluctant to perform business in Africa? What could be other reasons?

It is all about managing expectations. As said, in the Netherlands there are clear agreements among parties, which are legally defined in a contract. For business in Africa, it is much harder to predict and estimate what will happen. Furthermore, Africa is more hierarchical than the Netherlands. For example, an account manager cannot close the deal, Africans will solely accept the signature of the boss. Dutch firms consider it difficult to deal with these cultural differences.

To tackle these difficulties, does the Dutch government stimulate doing business in Africa? If yes, how?

Yes, for example, the RVO in Den Haag, which is the Rijksdienst voor Ondernemend Nederland. They support entrepreneurs and inform them about doing business abroad. The RVO also provides subsidies for companies who want to go abroad. We just send out a proposal for a project in Zimbabwe. Our government actively promotes Dutch companies to expand their business to foreign countries.

It is known that China is investing a large amount of money into African projects and organizations. How does that affect doing business?

Yes indeed, the Chinese have a big stake in the African continent. The majority of the roads are built and owned by the Chinese. Most of them only last for a few years though. The Chinese make deals to build infrastructure, mainly in exchange for food supplies. However, we haven’t seen any Chinese in Africa. They are not active in the consultancy business; thus, we don’t consider them as competitors. They focus mostly on infrastructure, mining, oil and gas, and other natural resources.

To wrap it up, in specific for Tanzania, what would be your advice to us?

It all starts with an appropriate scheme and time planning. This includes the companies, people and other relevant parties you want to meet. Since 2,5 week is a relative short period of time, start investing in the relationship during the desk phase. First via email, afterwards Skype etc. Moreover, often recurring issues such as chaotic traffic and delayed parties could negatively influence the field research planning. Make sure that there is room for such issues as well as enough time to build relationships with the locals.

Carel, we would like to thank you for your time and the interview.

To gain even more insights into doing business in Africa, all IFP students will receive a training from Carel within a few weeks. We look forward to this session and would like to thank to Carel for his time.