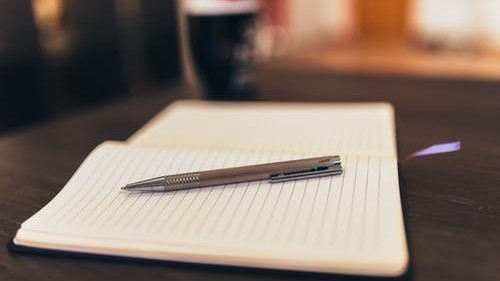 The world was deeply shocked after the murder in the consulate in Istanbul last October. The journalist of the Washington Post, Jamal Khashoggi, came to arrange some paperwork but never made it out alive. Involvement of the de facto leader of Saudi Arabia, crown prince Mohammed bin Salman (MbS), is strongly suspected.

This horrifying incident let to global disgrace. Unsurprisingly, many big speakers canceled the international business conference that took place shortly after. Companies stopped doing business with Saudi, Germany, Denmark, Norway, and Finland froze weapon exports, and the case brought the ongoing Yemen war to the interest of the big public.

However, all this did not keep Mohammed bin Salman from performing on the international stage. On the contrary, he started a charm offensive in the region a month later, accompanied by distributing large amounts of money. During his comeback tour, he made a small detour to the G20 summit in Argentina. Several world leaders greeted him there, though coldly.

The crown prince announced many huge projects on renewables, tourism and other sectors that are included in the Vision2030.

And that while, upon till now Mohammed bin Salman was mainly praised for being the reformer of the ultraconservative on oil dependent country Saudi Arabia. In 2016 he launched the Vision2030. This ambitious plan formulated how he would change the country and transform the economy to be an advanced, modern and widely diversified. Another turning point took place in June 2018, when he lifted the ban for women driving. Even though, critics say this was primarily a PR stunt to show to the world how rapidly the country is improving. Besides, the crown prince announced many huge projects on renewables, tourism and other sectors that are included in the Vision2030. And so it seems, the country once again opens its wallet to solve problems.

In order to finance these costly reform projects, a proper budget is needed. To the end of the year, the largest Saudi budget ever was announced for 2019, 295 billion US dollar. According to experts its very questionable how realistic this budget is, as it is based on an overconfident forecast of the oil price, of 80 dollars per barrel. If the oil price would drop again to 50 dpb, as it did around Christmas 2018, the deficit will increase to around 10% of GDP.

According to the Saudi minister of finance, Mohammed Al-Jadaan 'no changes in foreign and domestic investments' were seen.

Therefore the Saudis also announced to be lending a record amount of 32 billion dollars on the international capital markets in the coming year. The auction of Wednesday was the first part of this and immediately formed a test whether international investors were still willing to lend money after the Khashoggi murder. According to the Saudi minister of finance, Mohammed Al-Jadaan 'no changes in foreign and domestic investments' were seen. Anything but apparent from, the prominent western banks BNP Paribas, Citigroup, HSBC and JPMorgan that are happy to accompany the issue.

The Saudis placed a ten-year bond of $ 4 billion and a 30-year bond of $ 3.5 billion. Initially, Riyadh aimed for an interest surcharge of 200 and 250 basis points on comparable US government bonds, but when the order book was already oversubscribed in the afternoon, the premium could be reduced.

Businesses may have cut ties with the kingdom over the Khashoggi case, this is apparently no reason for bond buyers to let go of an investment opportunity in Saudi Arabia, the world’s largest oil exporter.

It is difficult to forecast the future bond issuances, but based on ease of the first auction, Riyadh does not have to worry. Businesses may have cut ties with the kingdom over the Khashoggi case, this is apparently no reason for bond buyers to let go of an investment opportunity in Saudi Arabia, the world’s largest oil exporter.