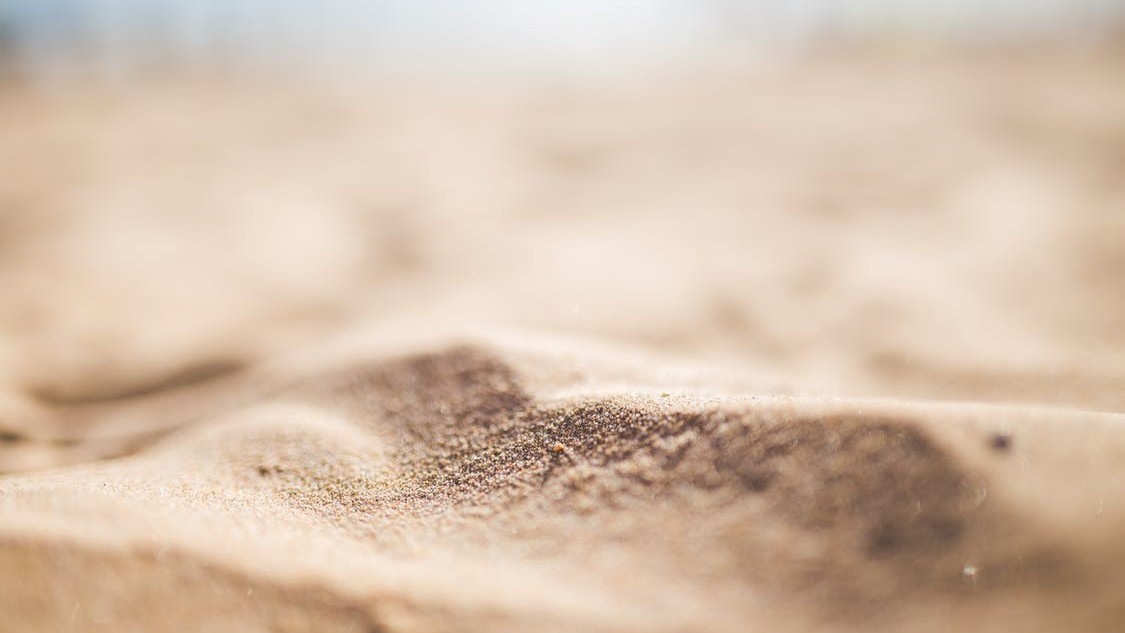 Recently, Risk Magazine has covered environmental topics and connected these topics to financial markets. Last week's article (Water - The Commodity of the 21st Century?) was about water as a commodity. Two weeks ago, Risk Magazine dealt with difficulties connected to solar energy investment (Sustainable Investing: Why Is It So Unattractive to Invest in Solar Energy?). This week's article is about sand, a scarce commodity hardly ever in the center of public debates.

Sand is the second most used natural resource behind water.

Sand is the second most used natural resource behind water. It is of high importance in the construction industry. As urbanization spreads around the world, more construction material is needed to build infrastructure in urban areas. The AT Kearney Global Business Policy Council's Year-Ahead Predictions 2019 state, "Two-thirds of construction material is concrete, which itself is composed of two-thirds sand." But not only the construction industry is heavily depended on a steady sand supply, also the fracking process needs plenty of sand in order to extract oil or gas. Therefore, the Business Insider argues that sand will become the commodity of the 21st century and shape it similarly to oil in the 20th century.

Usually, sand is supplied from local sources as transportation costs make up to 70 percent of the total costs in international sand trade. However, recently, some countries have had to import the commodity to meet their domestic demands. Famously, the United Arab Emirates import tons of sand from Australia to complete their infrastructure projects. Qatar's sand imports amount to $ 6 billion every year. Also, Vietnam expects to run out of sand in 2020 and then become a sand importer. This sand scarcities in certain regions lead to increases in sand prices all over the world. In India, the scarcity has led to a 100 to 150 percent increase in sand prices in two years. Cement and concrete prices rose nearly 70 percent in the last 14 years in the US. Especially in emerging markets, where the urbanization has galloped over the last years, higher prices put pressure on construction companies. The increasing prices also have drawn attention from criminal groups, the so-called sand mafia. They illegally mine sand on beaches, islands, and riverbeds and then sell it on the black market.

Moreover, the (illegal) mining or sand leads to various environmental issues. Firstly, natural habitats for endangered animals and plants are destroyed. Secondly, Floods are worse when sand has been removed in the area. Thirdly, standing water pools created by extracting sand contribute to the spread of Malaria and other diseases. These consequences can be described as "tragedy of the commons". As sand is mainly unregulated, operators tend to go for maximum profits without taking external effects or their exploitation into account. Therefore, scientists argue that the sand extraction must be monitored closely. Environmental groups, like Greenpeace, argue that regulations have to be drafted and enforced. This could lead to more environmental stability. Furthermore, it would allow for more stable economic development. However, until now, there have been hardly any actions to regulate the sky-rocketing sand mining activities and its consequences.

It is more promising to invest in companies that produce sand or are part of the sand supply chain, e.g. cement or fracking sand producers.

Investing in sand is not as easy as investing in other commodities. Even though, in total, between 15 to 20 tonnes of sand are used world-wide every year, there are hardly any investing options for sand. Other commodities are traded globally using future contracts and other financial instruments. The lack of a global sand market is due to its high weight compared to its cost which makes moving and failing rather expensive. Therefore, in order to benefit from sand as a commodity, it is more promising to invest in companies that produce sand or are part of the sand supply chain, eg cement or fracking sand producers. Possible investments in this field might be US Silica Holdings, Vulcan Materials Company, Martin Marietta Materials, Fairmount Santrol Holdings, and Cemex.

As outlined above, sand has a record of rising prices around the globe. Also, as urbanization is predicted to be a major trend of this century, demand will rise in the next years even more. Additionally, substitutes for sand are in general more expensive than sand and thus, sand seems to be a secure investment. However, there is the threat that regulators might draft stricter rules on extraction or sand which might then lead to higher production costs. All in all, sand has the potential to become the commodity of the 21st century. However, as of now, investors have to be more creative if they want to invest in sand as a commodity. Also, it is a questionable whether there will be a global sand market like other commodities' markets. These days, sand is simply too heavy to be transported for a reasonable price.