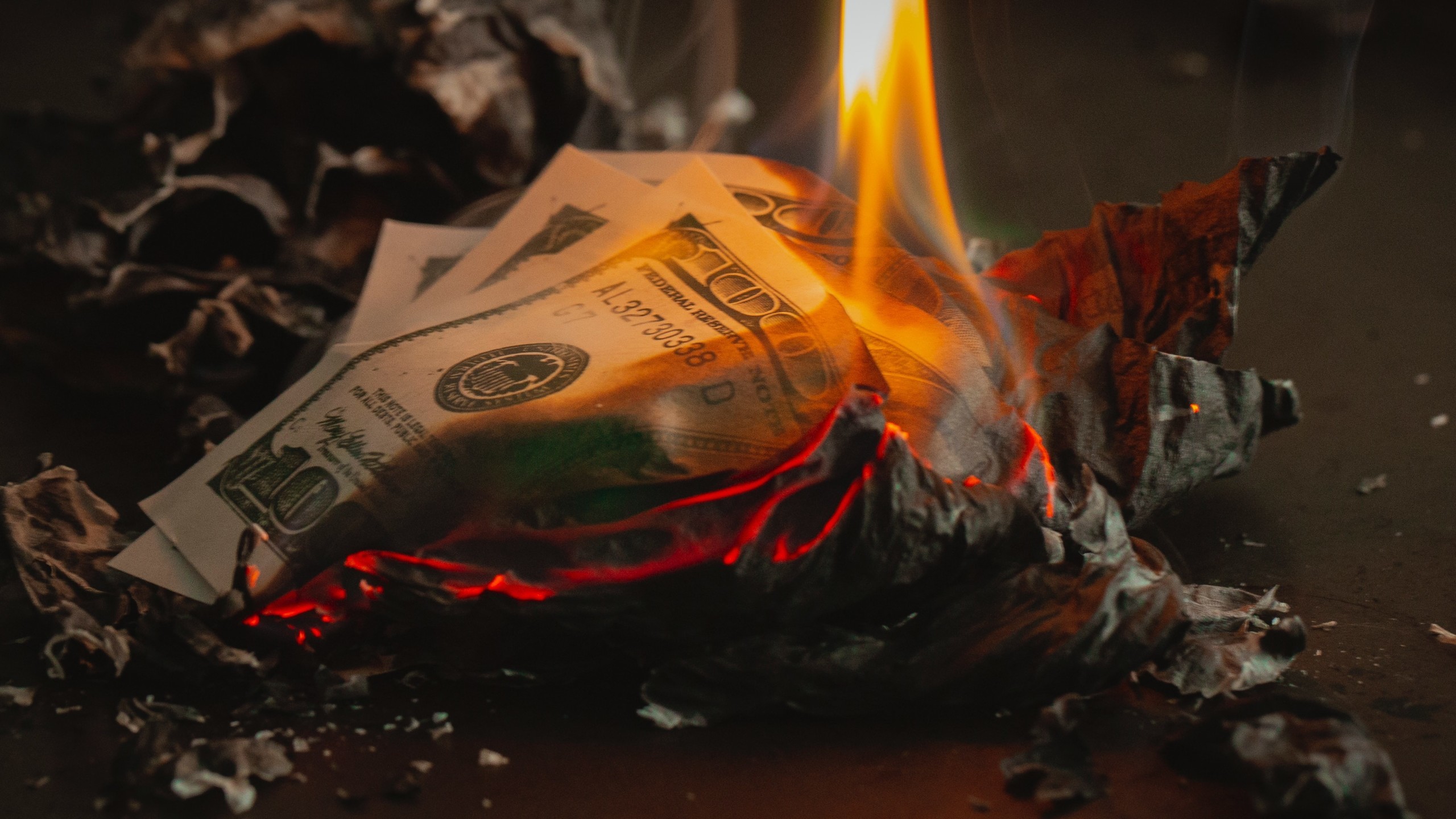 Hyperinflation is an awful circumstance and it is detrimental to a country's economy. Bringing a wheelbarrow full of money to the baker as soon as the bakery opens because one loaf of bread might cost you twice as much in the afternoon. The picture below shows children playing with German Marks like they are building blocks in the Weimar Republic (1923). As it turned out, it was financially wise of them because building blocks to play with were probably far more expensive than the estimated value ($1,19 today) of the tower of Marks in the picture.

Hyperinflation is still present today, but mainly in less developed countries, like Venezuela and Zimbabwe. Since there are more methods to control the inflation rate these days, western countries seem to have the value of their currency more under control. ‘Under control’ means below, but close to 2% according to the European Central Bank (ECB). This 2% is not a carefully calculated number but the ECB believes this percentage is desirable for a steadily growing economy. However, with Covid-19 the inflation in the wealthiest economies collapsed (currently at 0,1%) at the fasted pace since the crises of 2008 and deflation threatens. Deflation encourages consumers to delay their spending, especially concerning luxury goods, because they expect the prices to fall in the future. Obviously, this scenario is undesirable for the economy which is why central banks are trying every trick in the book to adhere to the target inflation of below, but close to 2%.

Hence, the recent news of 1350 billion euros which will be made available for Pandemic Emergency Purchase Program (PEPP). Hereby, the central banks are able to buy government bonds (currently at the rate of 6 billion euros per day) on more relaxed terms than before. In normal circumstances (non-pandemic), the injection of this lump of money in the economy would result in huge increases in inflation. But, up until now, it doesn’t.

Let’s take one step back. If you print more money, the amount of goods/services available does not change but households do have more spending income. Consequently, with the demand increasing and a fixed supply, firms will jack up the prices. The consensus view among economists is that sustained inflation occurs when a nation’s money supply growth outpaces economic growth. For argument’s sake, we could view the eurozone as one nation because we all adhere the same currency and the euro is supervised by one central institution (the ECB). If we would follow the consensus view, given the economic growth is negative and money supply increased by 1350 billion euros, we would expect relatively high inflation (>2%). This is currently not the case, which can be connected to two main circumstances. Low aggregate demand and low aggregate supply. The former referring to consumers who are not spending their money, which can be mainly attributed to two factors. For one thing consumers might be laid off which makes them risk averse. In eurozone, the unemployment rate is up by about 3% on average, which is still relatively low compared to the US (up by 10%). Consequently, if no-one is looking to invest and everyone refrains from buying (luxury) goods, inflation levels are marginal, and deflation eventually threatens. The second factor is the inability to spend money. For one thing because the entertainment sector is inactive, and people cannot go on a holiday due to travel restrictions. The aggregate supply on its turn threatens deflation because businesses cannot and will not produce without orders.

Some claim it is likely that the financial support by the ECB will eventually bounce back as disinflationary impacts of the pandemic fade away, driving inflation rates higher. How high? This is unknown and it is uncertain when the interest rate as a control-method is effective again. Others say that the ECB is not off the hook with the PEPP and more decisive action is needed from December 2020 on. The ECB forecasted the inflation rate to be 0,8% and 1,3% in 2021 and 2022 respectively but numerous economists are skeptical of these figures. Only time will tell if Christine Lagarde, head of the ECB, manages to keep the eurozone out of deflation and how soon the target inflation rate will be met.