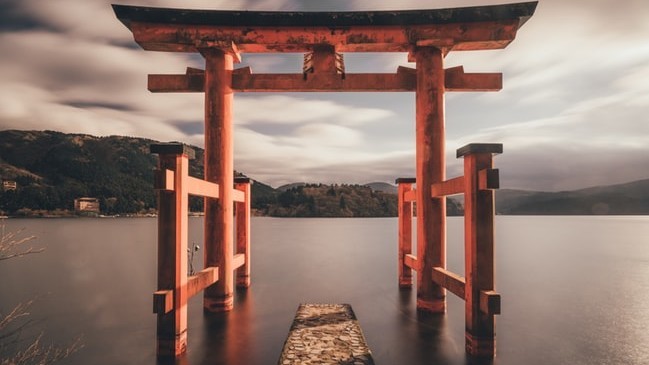 The Japanification of Europe

Slow economic growth, low inflation and interest rates reaching their lowest levels. Those economic indicators worry American and European economists as we are approaching the Japanese economic scenario. Particularly in Europe, where growth predictions have been continually revised downwards with a repeated quantitative easing policy which did not trigger further inflation. For 20 years now, Tokyo also used expansionary monetary policy and large fiscal stimuli to try and support growth. So, is Europe going through its own period of ‘Japanification’?

Since the financial bubble burst in 1990, Japan entered deflation after deciding to cut heavily in the interest rates. Comparable to the European sovereign debt crisis that several European countries still struggle to recover from, Japan never really recovered from their financial crises (in 1997 with the Asian financial crisis and in 2008-2009 during the global financial crisis). In addition to low inflation and interest rates, Japan also displays one of the highest levels of debt reaching 250% of GDP in 2019. This reminds us of a certain European country, Greece, whose debt ratio rose to 183% following the financial crisis. Overall, the so-called “Japanese disease” and the Euro crisis show some similarities.

An aging demographic profile adds to the similarities with the Europe situation, with Europe now being the region with the world’s oldest population. The median age in Europe is 43, which is 12 years older than the rest of the world. As for Japan’s aging society, European economists worry about this demographic effect on the economy. More than 20% of Japan’s population is over 65 years old. It is widely accepted that fewer people are working and low demand leads to slower economic growth and low inflation. An older population saves more, so less investments in the economy and fewer younger people means a smaller number of workers able to make products and provides services for the rest of the global population. This ultimately leads to slower growth on a global scale and lower long-term productivity. The policymakers of the Bank of Japan have been criticized by foreigners in the 1990s and 2000s for their passivity in the face of deflation. Japanification to them is an inevitable situation for developed countries facing an aging demographic. However, this idea that demographic is the root cause of declining real interest rate and inflation is not a consensus among global economics and politics. According to Heizo Takenaka, minister of the economy of Japan from 2001 to 2005, in a completely globalized economy, the declining and aging of the population are not decisive factors as the global population is growing. While the president of the Dutch Central Bank (DNB), Klaas Knot, argued that the aging population was a factor causing target inflation not to be reached as the fiscal stimuli. This means that it has less impact on an older population, because they spend less than a younger one.

Is the Eurozone already ‘Japanised’?

To understand whether Europe is following the same economic path as Japan, economists have started to analyze several different indicators. ING created a model to measure Japanification of the Eurozone by considering several indicators such as economic growth, inflation, short-term interest rate and demographic change. The model[1] demonstrates that the Eurozone economy has left the ‘normal’ growth path and has entered the Japanification scenario after the global financial crisis. However, we can still observe major differences between Europe's and Japan’s economy. Europe still displays a higher inflation rate (see graph below) than Japan and never reached a level of deflation, measured on a yearly basis, while Japan encountered this scenario 12 times since 1991. Furthermore, Japan’s government debt has reached almost 250% of GDP while today the Eurozone’s government debt is down to 86%.

Although, as argued by the World Economic Forum[2], today’s Japanification fears come especially from the structural disinflationary forces that could cause lower growth such as societal ageing, rising inequality and a loss of trust in institutions and expert opinion. These structural factors have led to lower demand as well as rising risk aversion and self-insurance. A pessimistic perspective about the future as a result of persistently low growth and inflation, is an additional factor that might lead households and companies to postpone consumption and investment decisions. Thereby, prolonging low economic growth.

Will it be a negative news for Europe to reach the economic state of Japan?

A ‘Japanification’ of Europe is not all negative. Japan has the third largest economy in the world with some of the finest hi-tech manufacturing firms globally. According to the OECD Better Life Index, Japan is in the lead in terms of life expectancy, student achievement and safety at work. When looking at the Gini coefficient, European countries and Japan are amongst the countries with the lowest level of income inequality in the world. Inflation and growth should not be the only relevant indicators to measure the health of a country.

Furthermore, Japan’s relatively low level of growth is sometimes exaggerated as, since the financial crash, Japan’s GDP per capital has even been stronger than the ones from the European Union (28) and the Eurozone as we can see on the graph below. Although, recent news has warned about Japan entering a technical recession. In other words, Japan faced two consecutive quarters of a decline in GDP. This economic slowdown is coming mainly from lower consumption due to the government’s tax increase as it needs more money to provide pensions and health care for the growing elderly population. The coronavirus effect only worsened Japan’s situation by increasing the risk of a downward spiral in demand as the consumption of Chinese tourists became important to Japan’s economy in the past years.

To conclude, despite recent negative economic news for Japan due to coronavirus effect, the situation of the Japanese and European economies might not be as dramatic as some would tell. Both are among the top largest economies in the world, with high levels of education, productivity and a well-functioning democratic system. Even though Europe displays similar economic trends as Japan, many economists still believe it is possible to combat Japanification. Policies could play a decisive role in the US and especially in Europe if not only focused on monetary policy. Countries at risk of Japanification need a much broader mix of policies to deal with the demand and supply side of the economy. Monetary policy alone, after all, cannot be effective in stimulating economic growth when reaching the “zero-bound” level.

[1] See the following website for further details about the ING Japanification model: https://think.ing.com/articles/eurozones-japanification/